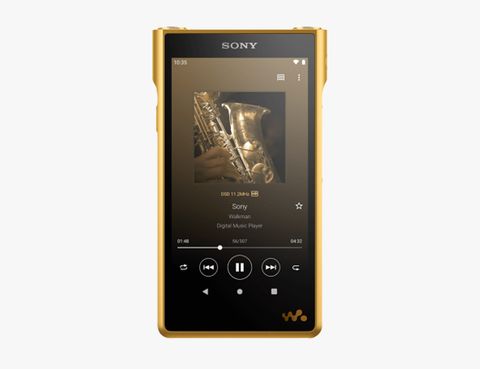 5 New Gadgets to Keep on Your Radar

This week, Google rolled out an update to Google Maps so that the app now factors in the cost of tolls during your journey. Adobe announced plans to launch a free version of Photoshop. Apple won the rights to broadcast every MLS soccer game come the 2023 season on the Apple TV app. And Internet Explorer officially went kaput.

A bunch of cool new gadgets were announced as well. Here’s what you need to know.

Sony added two portable hi-fi players to its Walkman line, the Sony NW-WM1ZM2 ($3,700) and the Sony NW-WM1AM2 ($1,400), both of which are designed for music lovers with large music libraries or subscribe to the one of lossless music services. The biggest upgrade is that both the NW-WM1ZM2 and the NW-WM1AM2 run on Android 11, rather than Sony’s own operating system; this allows them to be more future-proof (Android updates are way more consistent), but more importantly gives them access to all the latest lossless streaming services including Apple Music, Deezer, Amazon Music, Tidal and Qobuz.

(The main difference between the Sony NW-WM1ZM2 and the Sony NW-WM1AM2 is that the former costs more because it has a gold-plated body and comes with double the on-board storage.)

Fujifilm’s newest portable printer, the Instax Mini Link 2 ($100), connects to your smartphone and allows you to print any photo from your photo library; it essentially allows you to use your smartphone just like one of the company’s separate instant film cameras. The Instax Mini Link 2 is a new-and-improved version of Fujifilm’s 2019-released Instax Mini Link, with the major upgrade being that it has a new “rich” printing mode that adds extra color saturation and highlights to the print to make it really”pop.”

Ikea announced plans to release a record player, called the Obegränsad, this coming fall. Designed in tandem with the famed house music group Swedish House Mafia, the record player will come with a built-in pre-amplifier for easy connecting to a powered speaker or sound system. There’s no word on pricing yet.

DJI announced the RS3 and RS3 Pro, which are its newest gimbals that are designed for mirrorless and cinema cameras, respectively. The main upgrade over their predecessors, mainly the 2020-released RSC2, is the new gimbals have an updated and improved automatic locking system so you don’t need to spend as much time balancing the camera during setup. They also come with a larger touchscreen display and support for a Bluetooth shutter button.

TP-Link’s newest smart plug, the Kasa Smart WiFi Plug Mini, is unique because it’s the company’s first (and one of the few out there ) to support Apple’s HomeKit. You can use it to turn an ordinary “dump” fan or lamp into a smart device that you can control with “Hey Siri” voice commands. The best part? They’re affordable at about $12.50 per smart plug.